Pablo Rodriguez (PhD Swiss Federal Institute of Technology, 2000; MSc King´s College, London) is the CEO of Telefonica Alpha, Telefonica´s long term disruptive research unit to solve social problems through technology (Moonshots). Prior he led Telefonica´s corporate research lab and incubator to drive new business opportunities. He has also worked in several Silicon Valley startups and corporations such as Inktomi, Microsoft Research, Bell-Labs, and as a faculty at Columbia University. At Microsoft Research he helped re-architect the Windows Updates system to distribute security patches to millions using P2P networks. At Telefonica he launched Telefonica´s Video Content Delivery Network to more than 40M viewers. In 2009, he co-founded the Data Transparency Lab NGO to drive data privacy and transparency, and in 2018 he launched a book on the impact of AI in the world and people´s lives. He has participated on the advisory board of Akamai, EPFL, the Catalan Foundation for Research, LaBoral Art Center, Microsoft Innovation Program, and IMDEA Networks. He received the “Prix de la Recherche” for research excellence in France (2000), and is an IEEE Fellow and ACM Fellow.

As an integral part of the Faculty Pablo Rodriguez described his vision of disruptive innovation in the Moonshots for Europe Book and shares his experience of running a Moonshot Factory  in the Moonshot Thinking Masterclass.

Dr. Tia Kansara Government advisor on #ESG | Executive Director @replenish.earth “If you live the questions, life will move you into the answers.” Futur/io faculty 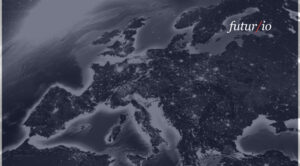 Moonshots for Europe – Book Why Europe needs Moonshot Thinking? Exponential technologies foster exponential change in our society and lead to tremendous insecurity but can 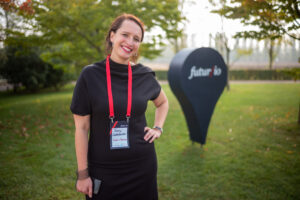